So today I popped into Boots with one of my friends and discovered I had just over £6 in Boots points! I decided to have a little look round and see if there was anything I fancied/would actually get some use out of. I really wanted to get the new 17 mascara (with a free eyeliner at the moment!) but I don't need it and I wouldn't use it so it was pointless buying it! I also looked at the nail polishes but again, I don't NEED anymore for the time being so I continued to browse.....We popped upstairs to look at fake tan bits and discovered my local Boots still has a few bits left from Christmas! There's nothing majorly exciting left really but then I found this little set snuggled away at the back... 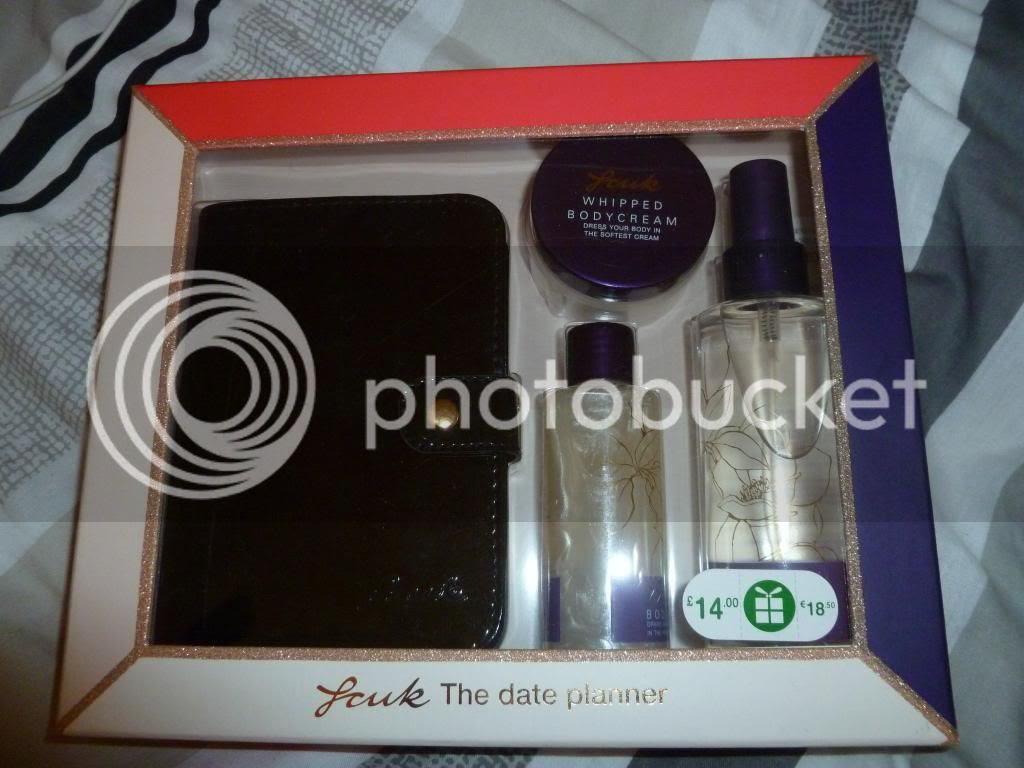 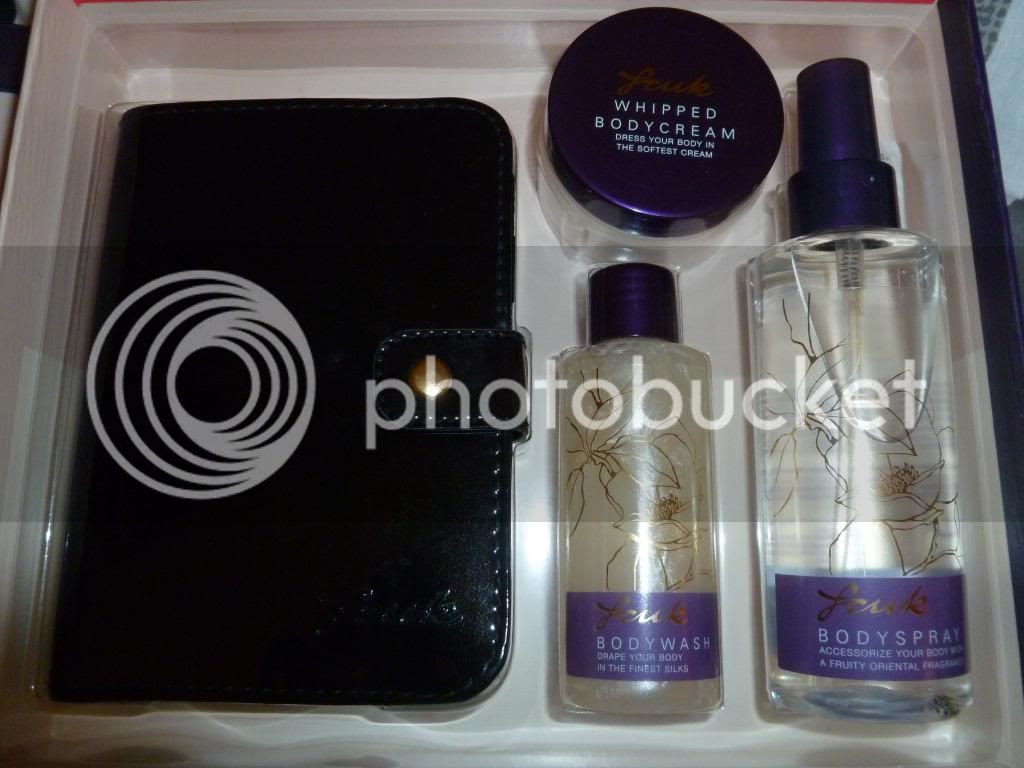 An fcuk set that contains: a dairy, body wash, whipped bodycream and bodyspray. There were about 4 or 5 of them left and as you can see, they were originally £14 but with the 75% off this little set came to £3.50!!! I've been meaning to get a diary as I need to be able to write my work times down properly rather than on bits of till roll that I keep losing! I was going to pop into Paperchase to see what they had but last year I ended up getting a tiny diary that kept annoying me! This one is big, but not too big and fits perfectly in my small bag. It'll be so handy to have so I can stop putting things in my phone and then forgetting about them until after the day! The other bits were a bonus but I'm not really keen on the smell of them to be honest, so I may well pop them on eBay (every little helps right??) 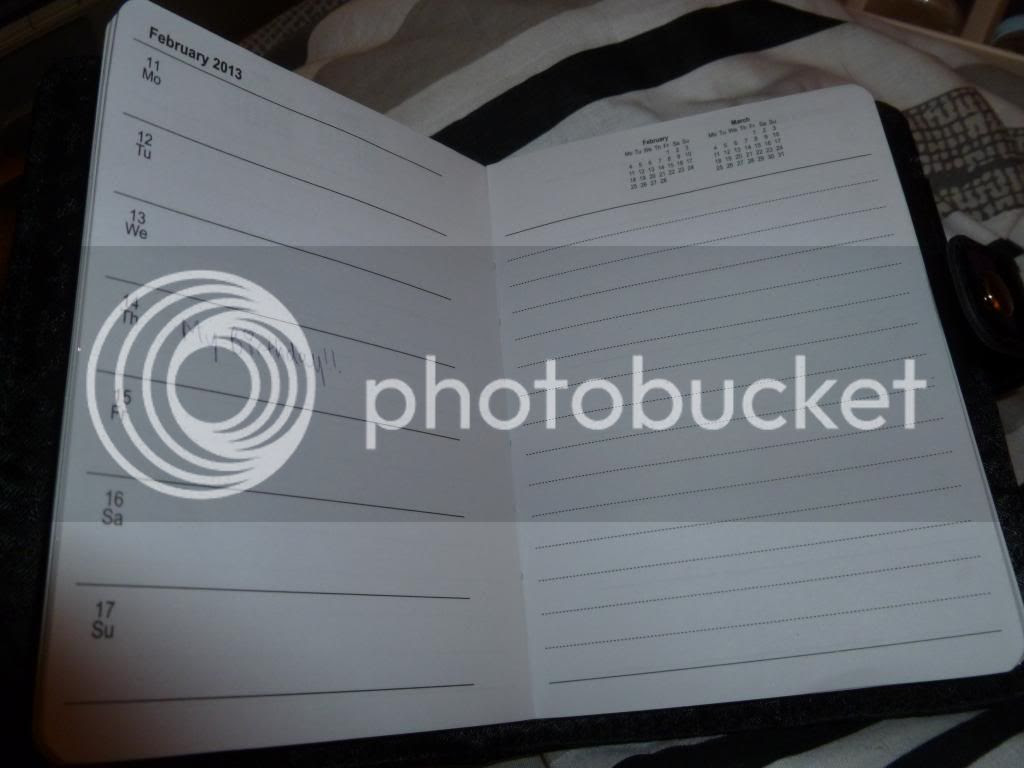 I love how this diary has a little popper on the outside to keep it closed and has the classic gold edges so it looks super fancy! It's got a pen holder on the side as well so I might pop into Paperchase for a fancy pen to keep with my fancy new diary! I also really like the fact that it's got a small part for each day but then a sort of notes section on the opposite page too. As I said, this came to £3.50 which meant I could use my Boots points (plus get a breakfast bar for tomorrow - I'm going to a seminar in London for work so will be on a train to London in the wee hours of the morning! and pick up the new Boots magazine too) So basically....I got this for free! I managed to get so many points by using the Boots TreatStreet toolbar when doing some shopping before Christmas as it automatically tells you when you can collect points on websites that you're using (plus you can get bonus points sometime too!) I think this is great as I shop in Boots quite a bit but also shop online too, so if I can get Boots points on places like eBay etc then why not collect extra points wherever I can!