So recently I've been having a little play about with different liquid foundations and I wanted to start bringing you reviews of them. I'm not sure anything will ever take over my beloved bareMinerals Original Foundation but I'm having fun trying out new foundations. As I didn't ever do the "foundation thing" when I was younger as I didn't start wearing makeup until my late teens/early twenties and it was never heavy makeup. The most adventurous I got with "foundation" was BB Creams really. Anyway, the point is I've been trying lots of foundations over the last few months and feel like I should do some reviews of some of them. I'm actually starting off with the newest one that I've tried as I thought it would be a bit easier and also because a lot of the foundations I've been trying have been from work...and thus I have been getting them in sample pots which doesn't really photograph well!

Right, so the one I picked up the other day is the Seventeen Stay Time Foundation in Fair (I can only afford to play about with real bottles of high street foundations, other wise you'd be getting a review of the Dior Capture Totale Foundation....but at £64 a bottle, it's only coming into my house in a sample pot at the moment!!)

"New SEVENTEEN Stay Time Foundation
This full coverage foundation gives a flawless smooth skin finish. That lasts. And lasts.Foundation that stays put for up to 25 hours. Its time. Stay Time." 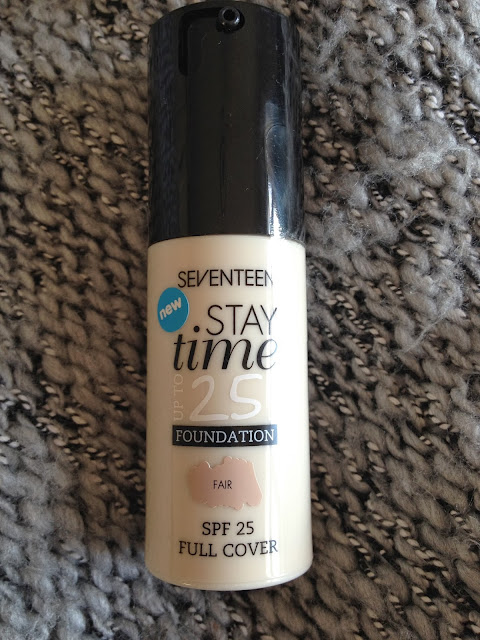 I really like the packing of this foundation. It's sleek, it's pretty well designed and it pumps out enough for a whole face full in one go. Obviously once it's been used it has a bit of foundation left in the nozzle bit but you can clean it quite easily. The fact that it has an SPF of 25 in it too is a bonus for me personally as I do like a good SPF on my face. The only downside to this packaging for me is that you don't know how much you have left in the bottle, which does annoy me as I like to know these things and not get caught short one day! 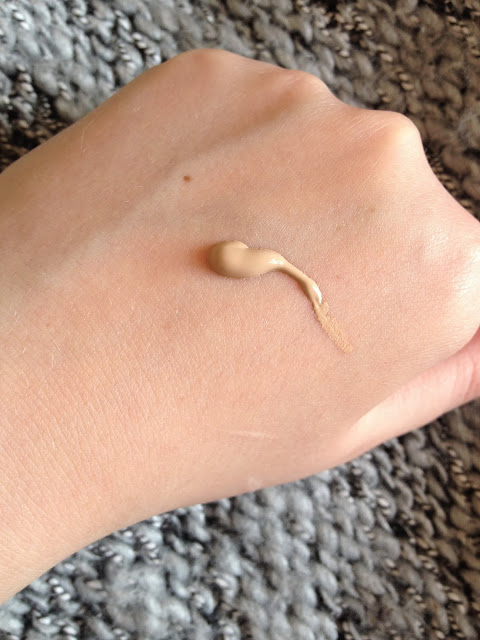 So I've got pictures of it on the back of my hand instead of on my face because at the time I had a full face of makeup on already and couldn't be bothered to take it off and apply another foundation, lazy I know! It was at this point that i was very glad that I had brought the Fair one and not the Natural one. There weren't any testers and were only 3 on the shelf (Fair and 2 Naturals) so pickings were slim, however this is a brand new product and I'm not sure whether it isn't launched until this week or if my local Boots is a bit rubbish and doesn't have the stock yet (it's probably the latter to be fair. My local Boots has really gone downhill recently stock wise!!) Anyway, this is one full pump on the back of my hand. 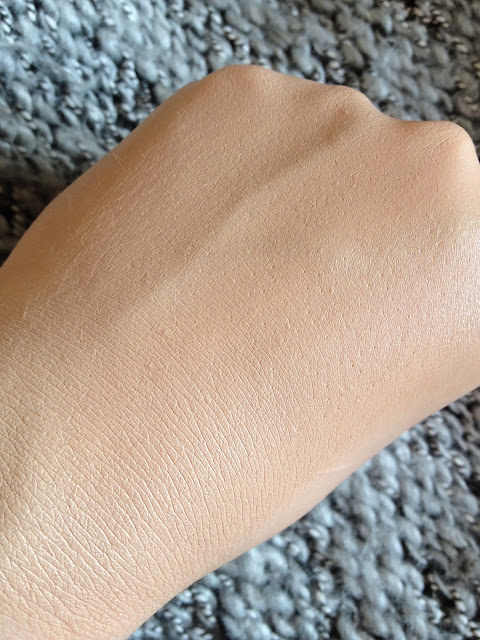 This is with it blended with my fingers on the back of my hand. Firstly, that's just appreciate the coverage it gives! You literally can't see any of the freckles that I have on my hand anymore! Secondly, let's also realise that in reality one full pump was enough to do my entire face today (don't ask why I didn't take a photo when wearing it today because I don't know why!) which means that the tide marks that you can just see on the side of my hand aren't actually there when blended on my face with a lovely brush (H&M stippling brush FYI) When I was wearing it today my Mum actually said it didn't really look like I was wearing anything except under the eye area (I've been testing a new concealer and clearly it's not working for me! You can always trust my Mum to be honest with you! Haha!) It feels very light weight and actually doesn't really look like I have anything on but in fact have just been blessed with flawless skin. I also didn't find myself wanting to reach for a powder to dust over the top as this one dries to a semi-matte consistency I found. It also stayed on my hand after it had been washed with hand soap too, which shows it's staying power a bit I think! The one downside to this for me was that taking it off was a bit of a heavy duty thing. I went through 4 cotton pads before I felt like it was all off (unlike the 1 cotton pad I use for my bareMinerals stuff) Another drawback I can see is that I used the Fair one and I'm not super pale. I don't think it would be suitable for very fair skin tones, which is a bit of bummer for those of you out there who are very fair skinned. Also not having the full stock range I don't know how dark this foundation goes either.

Overall I've been very impressed with this foundation and it's finish/staying power. I'm normally not one to fall in love with heavy foundations (I'm really not a fan of the bareMinerals Ready Foundation for the heavy coverage it gives straight away) but this one....well this one is going to be staying with me for quite some time I think! Congratulations Seventeen!

The Seventeen Stay Time foundation costs £6.49 for 30ml and is available in Boots stores or online. Gotta admit, using this product has made me want to try out all the other bits from the new range. Any recommendations? And is it just me or have Seventeen really stepped up their game recently too? Go them!