So today I decided to compare two of the liquid foundations that I've used for a bit. One high end and one highstreet. I've done this before on a slightly grander scale with various lip colours (might re-do those at some point as my opinions may have changed...) Anyway, as some of you know, I've been playing about with various different liquid foundations for days off when I decide to go for something different to my "work makeup". I'll be honest nothing has come close to my beloved bareMinerals Original Foundation in terms of formula and coverage choice! But I decided to have a "liquid foundation off" (like a dance off...but less energetic) today to compare two of my favourites so far. I'll be honest, I've not used a lot of High End foundations due to their cost...I'm kind of limited to what's in store that I can nab a sample of really!! I do like the Dior ones but I have no samples of them and as this was a bit of a whim I went with what I had. I used to use Double wear Light when I worked for Benefit (I wouldn't put their foundation on my face after the HORRIFIC reaction I had to it on my hand! Bleugh!) so have had experience with Estee Lauder foundation before. The Seventeen one is my current favourite of the highstreet ones that I've tried now. Again, I've not tried loads as I can't justify buying lots when I can't wear them everyday! Anyway, long waffle justifying my choices over, let's get on with the comparison!

The reason I chose to do the comparison today was because my skin is horrendous after having a really bad cold/cough/sore throat thing so it'd be much easier to show you the coverage I think! 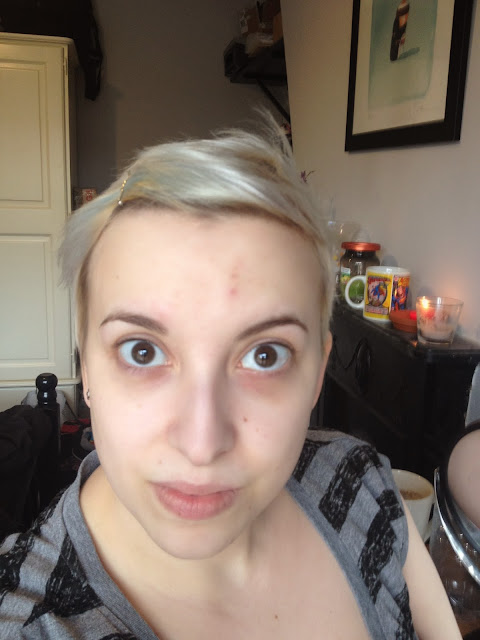 So firstly here is a shot of my lovely bare faced...complete with pinned back hair. FIT. (note the two coffee mugs in the background...that would explain the dark circles under my eyes!) 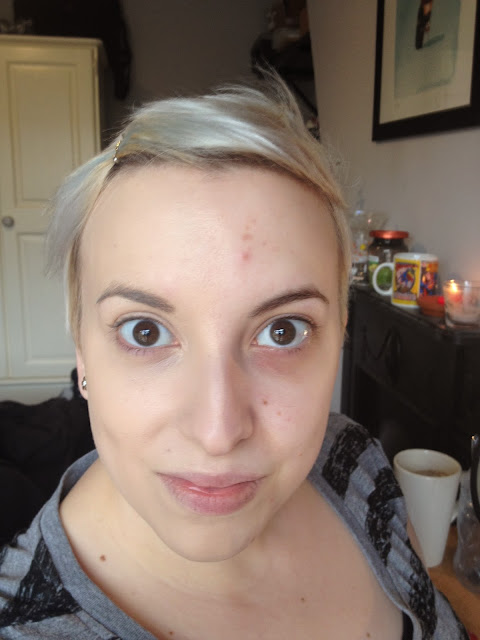 So on the left side on the picture (which is the right side of my face...which confuses me greatly when trying to decide how to describe each side in a blog post. Do you call it the left because it's the left of the picture or the right because it's the right side of my face?! Ugh. Thinking like this all the time makes my brain hurt. I'm going with left as it's left of the picture....) Ahem, ok so on the left I've buffed on the Seventeen Stay Time Foundation. I have the shade Fair and it seems to be a really good match I think. Notice the blemish above my eyebrow and the redness round my nose has basically gone. 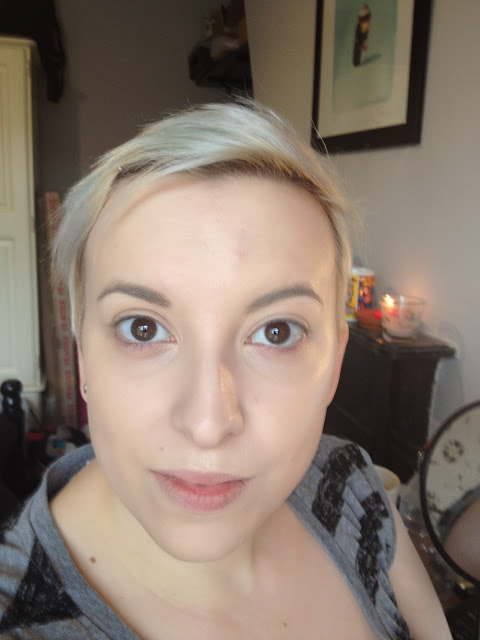 With the Estee Lauder DoubleWear foundation in Ecru on the right (left side of my face...) The blemish on my forehead is still showing a bit but I think that's because it's horrendous not really to do with the foundations coverage... However the dark circles under my eyes are both as bad as each other and I feel that the Seventeen one is better covered. 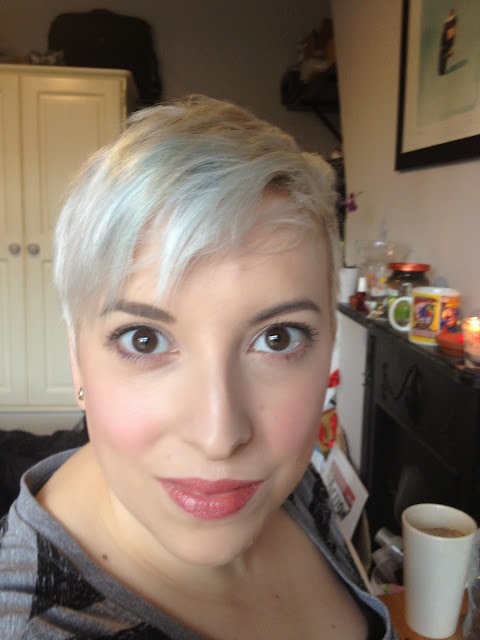 With a full face of makeup on. I don't think you can really judge foundations until you've put the rest of your makeup on! I felt my eyeshadow went on more smoothly on the Seventeen side but that my cream blush worked better with the Estee Lauder side. 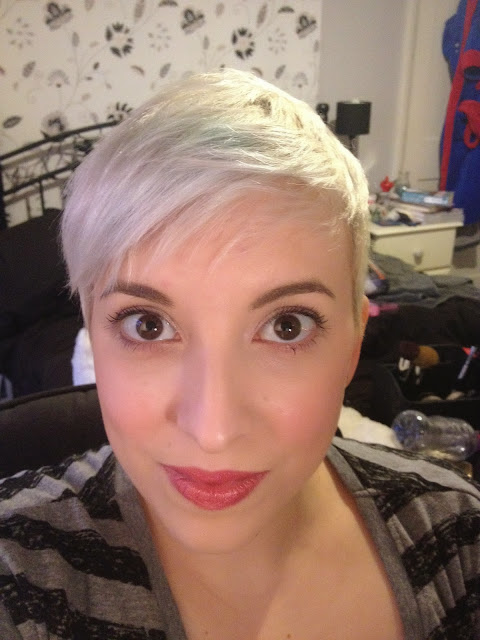 So this was at the end of the day (note to self...need a better place to put my brushes once I've finished with them...) Again, i feel like the dark circles under my eyes look worse on the Estee Lauder side and my blusher seems to be fading quicker on that side too. 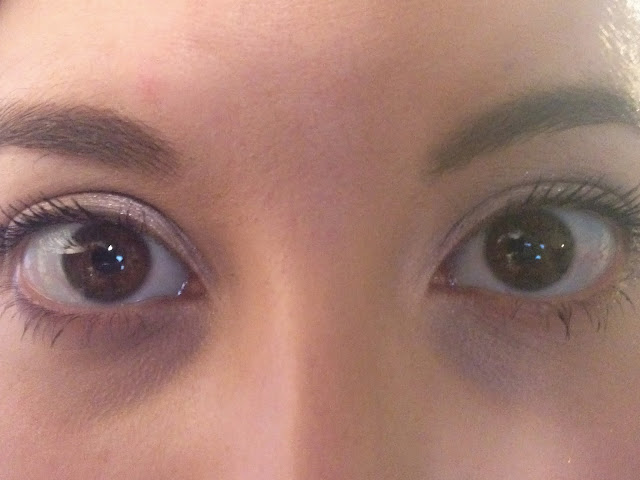 Here is a close up of my eyes so I can show you how the DoubeWear really settled into every fine line around my eye! I'm only 25 and don't have a lot of fine lines but DAMN! I felt like I looked like I'd aged about 20 years! I was not ok with that at all. I mean, I'm all about ageing gracefully but seriously...not in a day! (don't look at how badly I need to get my eyebrows done either...)

So here are my overall thoughts:
Verdict...

Seventeen is the outright winner for me. It basically has the same coverage as DoubleWear but with less hassle, stickiness and under eye ageing!! Plus if I wore DoubleWear all the time I'd spend a fortune in cotton pads to remove it!! I prefer the semi-matte finish of the Seventeen Stay Time Foundation too. I don't like feeling like I have to layer up powder over the top of liquid foundation but hate shine on my face so I felt comfortable wearing the Seventeen one alone. The DoubleWear one would still need a powder over the top personally though. So for me, I vote Seventeen Stay Time foundation over Estee Lauder DoubleWear anytime! Both are available from Boots and Estee Lauder is available from other retailers too.

What do you guys think? Anyone tried both and have a favourite? Let me know!